Marriage, love and scandal  Gretna Green has many stories to tell 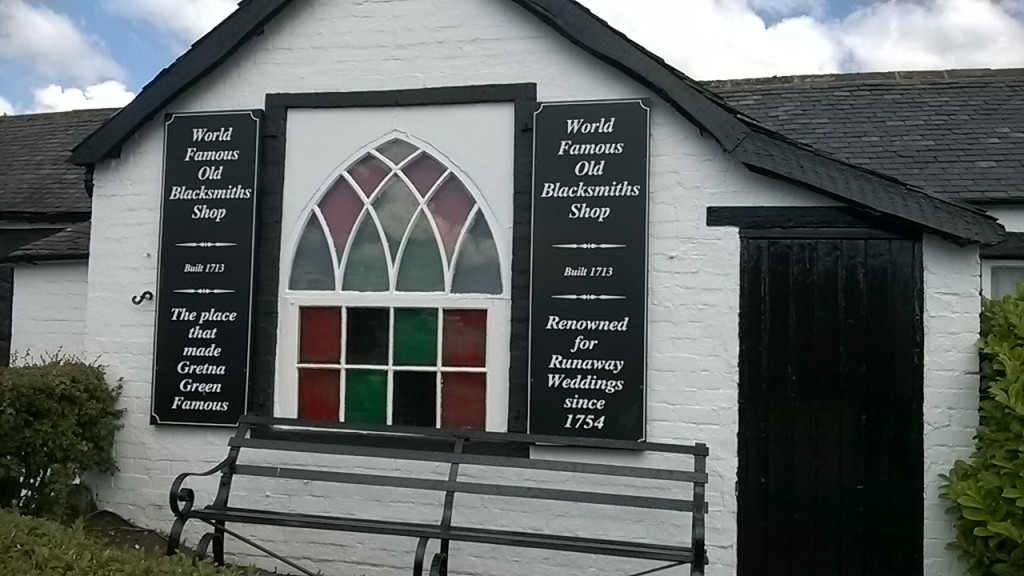 When people hear of  Gretna Green they all associate it with elopement, so how did it become so famous over the years and still remains a popular place to get married.

1754 Lord Hardwick’s Marriage Act introduces a minimum age of 21 without parental consent in England however this did not apply to Scotland, there a boy as young as 14 and a girl age 12 could marry without consent and you did not need to be a resident. However this was not the only reason that it became popular it was also the main coach stop just over the board so had good access.

This passing of the marriage act was a headache for the many noble families who had rich heirs and heiresses who fell prey to the fortune hunters.

Scandalous runaway marriages where often the headlines in newspapers in the mid 1700’s, one such marriage took place on 8th March 1826 which became known as The Shrigley Abudction involving Edward Wakefield who managed to dupe a 15 year old wealthy heiress by convincing her that her father a wealthy mill owner and the sheriff of Cheshire was a fugitive and the only option was to marry him and save her father.

This is one of many that took place over the anvil until 1857 when an act was passed stating to marry in Gretna Green one of the couple had to reside in the area  for a minimum period of three weeks.

Gretna Green has survived the many changes since then and even today they perform over 4000 marriages per year and attract many visitors to the area.

Would also make a lovely location for those who would like to renew their vows and connect with those romantic lovers who have eloped over the years.

Gretna Green has become the symbol of runaway brides over the years and romantic weddings are still the focal point of this lovely little village.
It has also become a popular tourist destination and has a visitors centre along with many wedding chapels and hotels offering wedding package. So if you would like a wedding here you need to get booked early.